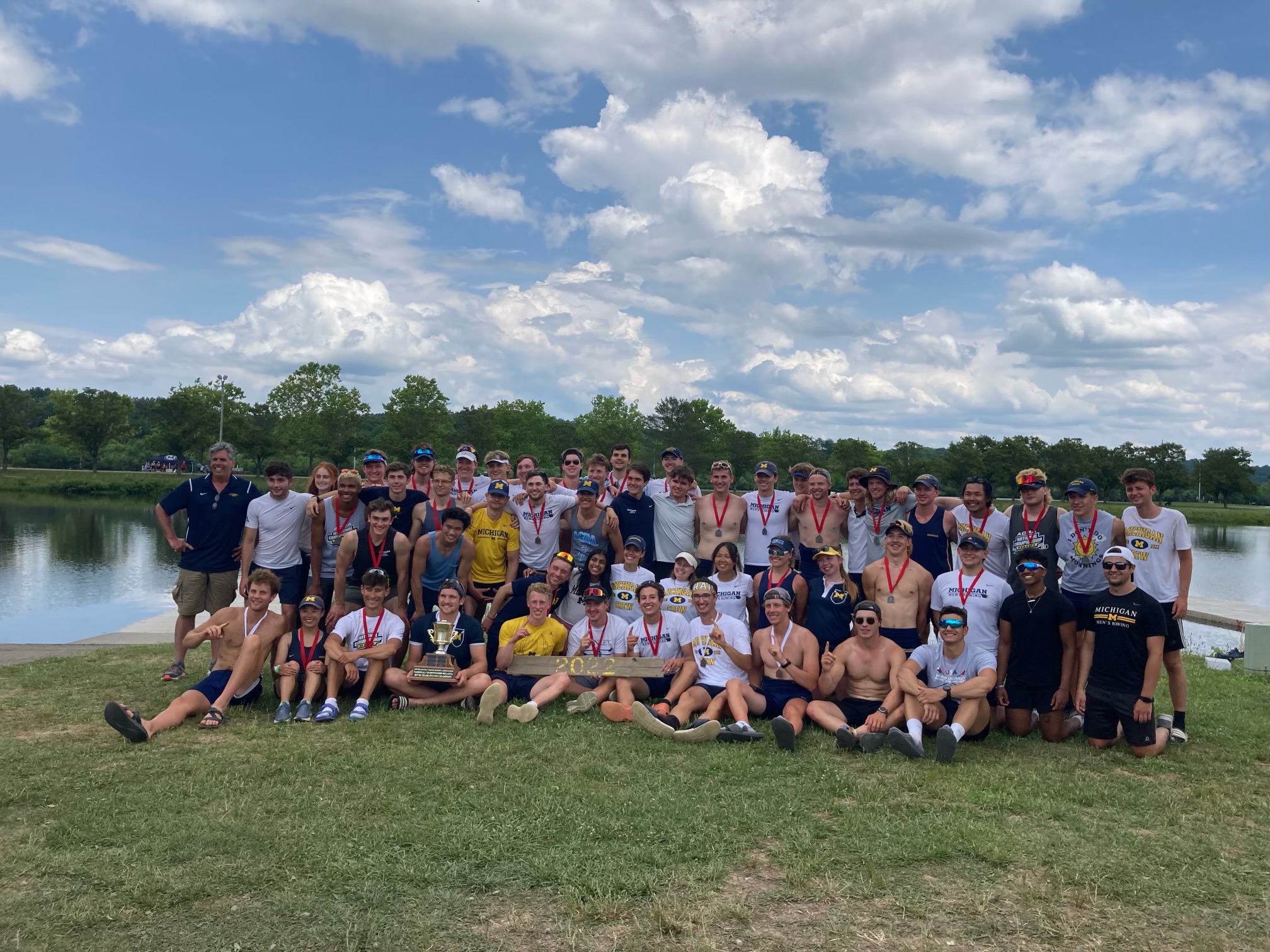 After two years without competition, the Wolverines returned to the ACRA National Championships with excitement and anticipation. The 2F8 won their heat and went on to secure a solid second place finish in the final. They earned 90 points, putting distance over the competition. The 1F8 won their heat and semifinal. In the final, the 1F8 clutched a second place finish in a highly contested event earning 126 points. Due to the additional novice eligibility from Covid, the novice events were unusually contested this year. Since both Michigan novice eights only contained true novices, their victories seem even more impressive.

After racing for lanes the day before, the 3V8 started off strong with second place finish. They earned the team 87 points and made a statement by beating close competitors Purdue and Virginia. The 2V8 won their heat confidently and fought hard to achieve a second place finish in the final. Earning an additional 144 points, the Men’s Team Point Trophy was now in reach. It would all come down to the 1V8 race. The 1V8 had won their heat but had come second in the semifinal to UCI. The 1V8 needed a minimum of fifth place in the Grand Final in order to win team points. Not to disappoint, the 1V8 finished third, beating UCI, securing 162 points, and bringing home the Men’s Team Point trophy for the 13th time.

Michigan was the only team to medal in all five eight events. Additionally, the Wolverine’s dominant performance put them second in the Overall Team Points competition despite not having any women’s entries. With the 13th National Championship under their belt, the Michigan Men’s Rowing team returns to Argo to begin training for 2023.