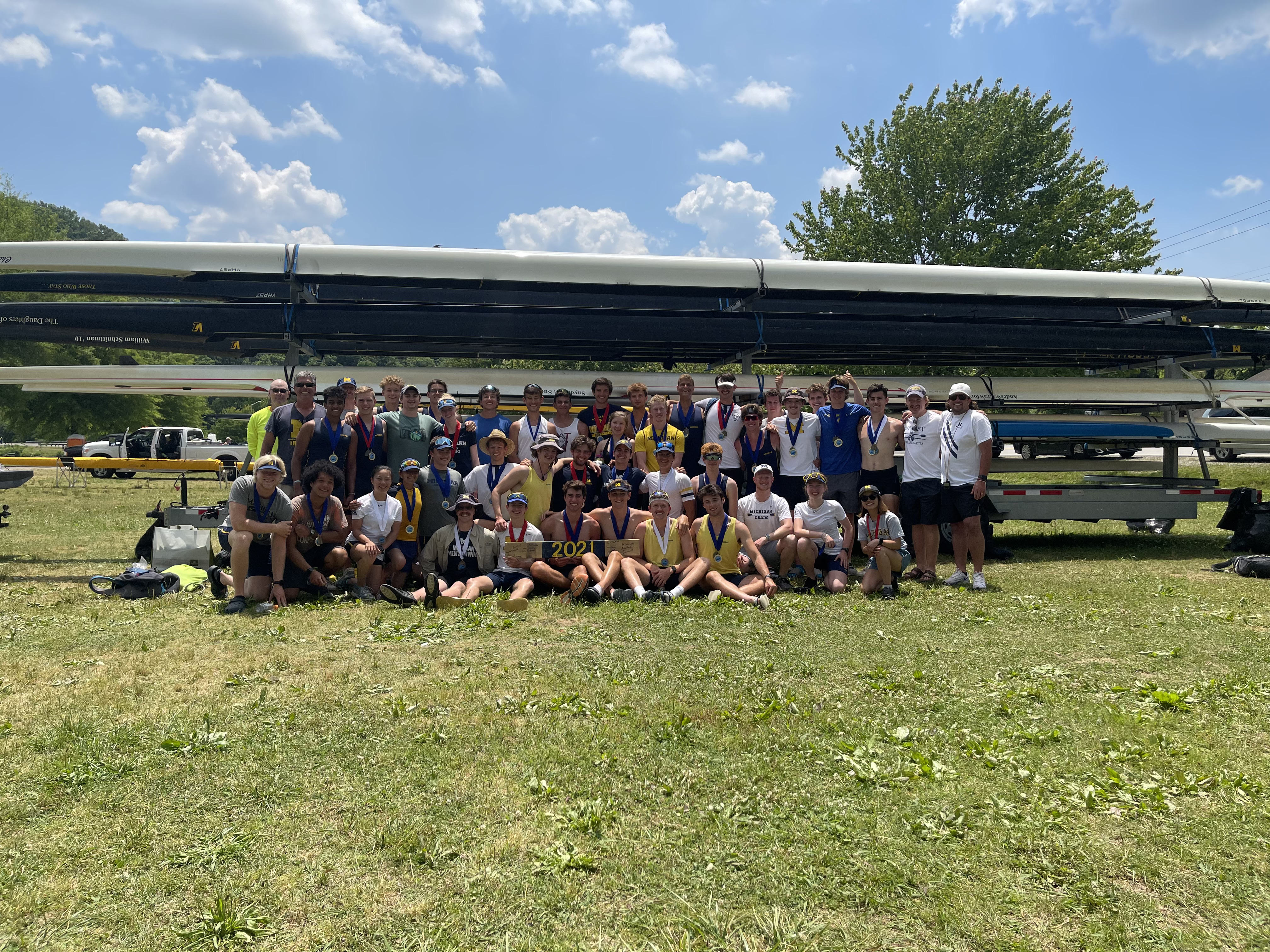 After a season of let downs and cancellations, our team at last had a chance to show our stuff at one and only one regatta this season. The team as usual did not disappoint and came away with a lot of hardware at the Oak Ridge Invitational. The race was held in Oak Ridge Tennessee which is to be the new location for the ACRA national championship in 2022 and moving forward. The 1V took silver in the Varsity Eight event, losing to a strong Virginia crew with considerably more racing experience under their belt. In the second eight event, our Michigan 2V claimed a decisive gold medal against the field, with the 3V claiming bronze in the same event after losing to the Virginia 2v by a margin of .3 seconds.

This year's last regatta was under different circumstances than a typical ACRA, and coach Hartstuff allowed the seniors some say in their desired lineups for small boat racing. Seniors Ben Cader Beutel and Evan Harrold lit up the field in the Mens pair, crossing the finish line more than 15 seconds before any other crew, despite being down at the halfway mark- a perfect execution of the famed Michigan 500! In the fours, we claimed both a silver and bronze medal, with our A and B boat closing out the podium after a tight loss to Virginia. Another medal came in the men's double, with seniors Matt Waldeck and Ryan Jenkins racing their way to a bronze medal in the final after a tightly fought battle in reps.

We wish that these seniors had more opportunities to show their stuff, but we’re happy that the team was able to get some racing in a season of otherwise local only competition and are ready to start training for ACRA 2022 back in Oak Ridge!